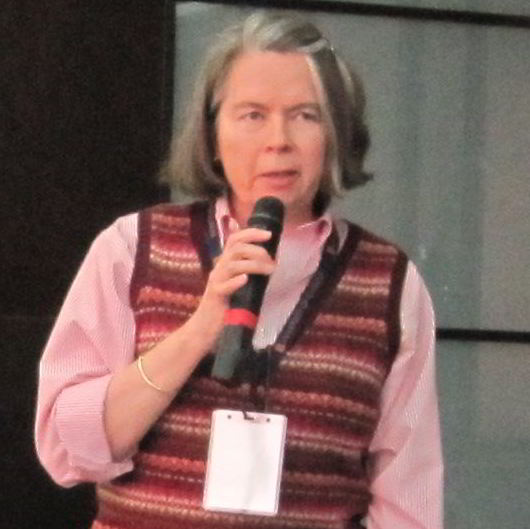 Events (scroll down for Selected Talks)

The Libraries, Literatures and Literacies Minitalks (2017-present) are a joint project with the Mortenson Center for International Library Programs here at UIUC. As the School of Information Sciences has shifted its central focus from libraries to information, this series leans the other way, affirming and examining the centrality of libraries in the U.S. and worldwide.

The Info City Talks (2008-present) host local non-profit and public leaders to tell how their organization or sector is making use of information technology. We have heard from the Illinois football team, the local deaf community, the fire department, the public schools and libraries as well as community-engaged faculty from UIUC and elsewhere. It began as the Digital Divide Lecture Series.

Why Libraries? Why Librarians? (Fall 2019). The School of Information Sciences had just changed its name from the Graduate School of Library and Information Science. Recent faculty hires had emphasized computer science, engineering, and statistics. A master’s in information management and a bachelor’s in information sciences were coming. And new leadership had just been put in place to guide the school (dean) and the MSLIS program (director). So this event aimed at strengthening our collective understanding of the current and future importance of librarianship and related work for which our M.S.L.I.S. program prepares so many students. It was kicked off by the Mortenson Distinguished Lecture for the year, Reggie Raju. Other speakers included faculty, alumni, staff, students and friends.

UC2B Community Informatics Day of Discovery (Spring 2019). From 2008 to 2013, Champaign-Urbana built high speed internet across the area, and it continues to roll out. The federal-local project was named UC2B and the iSchool was involved. Listening to local activists, UC2B also established a Community Benefit Fund to overcome digital disparities and discuss progress annually with the public. As the fund completed its first year of operations, this event was the first annual report-out.

Indaba: Ending Racism (Spring 2018) focussed on racism and solutions thereto in libraries, the library job market, and library education, led by our alumni of color. The event was prompted by an upsurge in racial violence across the country, two hate campaigns against our faculty, several hate incidents in classes (in our first year of collecting reports of those), and stubbornly low diversity stats in our school and our MSLIS program. It was kicked off with the Windsor Lecture for the year, Jessie Carney Smith, PhD Illinois.

eChicago (2007-2013) was six years of conferences at UIUC and Dominican University.  We brought together community workers, librarians, city and county officials, students and scholars to share how Chicago neighborhoods are using digital tools and otherwise navigating the information revolution. The aim was to help Chicagoland become more digital and more democratic, based on the culture and creativity at the grassroots of society.

50 Years of Public Computing at Illinois (2010) traced for the first time the deep local history of community technology projects in Champaign-Urbana. Faculty, students, and community members heard from founders and early users of projects from PLATO (1960) through Project Gutenberg (1971) and Prairienet (1994) up to today. The event demonstrated that these projects have kept C-U an inventive and interesting place to live and are treasured by people all over town and beyond.

"The New Philadelphia Story: Can America Be America Again?" with Abdul Alkalimat. Kenosha (WI) Civil War Museum, July 2020. slides as pdf. You can also see video of a similar talk given at University of Illinois at Springfield's ECCE program, November 2019.

"The Little Free Library Talks to Librarians: What’s it Saying?" University of Hawai’i at Mānoa Department of Library and Information Science, March 2018. slides as pdf

"Metrics for Research and Evaluation: BTOP and Beyond." National Telecommunications and Information Administration, Washington, DC, March 27, 2014.  slides  slides as pdf